During the recent Hamas/Israel ten-day war there were ample opportunities to test new Israeli AUD (Anti UAV Defense) systems. Israel is a leader in the development of AUD, mainly because it is the one country that faces the widest variety of UAV (Unmanned Aerial Vehicles) types, and most attacks using UAVs. In preparation for a large-scale use of different type UAVs against Israel from Hamas in the south or Hezbollah (Lebanon) and Iran (Syria), Israel had developed numerous ways to detect and destroy or disable hostile UAVs. In May, during ten-day war May Israel detected and defeated six Hamas UAV attacks. There may have been other Hamas UAVs launched that never got near the border because of UAV malfunctions or operator error. The six UAVs that were a threat were all detected and taken down via missiles (usually from Iron Dome but one was an air-to-air missile) and at least one UAV was disabled using a technology that Israel would not discuss. This was probably one of the electronic AUD systems, which Israeli tech companies have developed over the last few years. One of the new (to large-scale combat) systems Israel would discuss was one that received data from all sensors (radars or electronic detection systems) and, in real time, created a single database/map display of all enemy systems detected. One feature of this new system’s software were accurate estimate of where UAVs were launched from. This provides an opportunity to attack the UAV operator or launch site. This system was already causing more losses to Hamas rocket launching teams, who thought the Israelis were just getting lucky. Now Hamas knows that luck had nothing to do with it. Israel has often sought to come up with defenses against new enemy weapons or tactics with a multi-system solution. Nowhere has this been more evident than when it comes to the growing threat from armed UAVs.

For over a decade, many, if not most new AUD systems came from Israel. Many specialize in the use of multiple sensors and systems to detect and disable UAVs. One example of this is Skylock, an AUD system using multiple sensors and EW (Electronic Warfare) equipment, plus a short-range laser, to detect, identify and jam or take over unidentified UAVs trying to enter military bases, airports or industrial facilities. Skylock uses a combination of radar, electro-optical (visual) and electronic signal monitoring sensors to detect the smallest UAVs, especially quad-copters, approaching a restricted area. Another Israeli approach is to use an interceptor UAV that can drop a net on a UAV but the preferred method is to jam the UAV control signals or, if possible, seize control and land it.

The most widely used AUD for dealing with quad-copters is the AeroScope UAV detector. AeroScope is made by DJI, the Chinese firm that builds most of the quadcopters on the market. DJI includes a microchip in its quadcopters that contains information about the quadcopter operator in the control signal. AeroScope is a briefcase-size device that uses two small antennas to monitor for the presence of a DJI control signal within five kilometers. If a control signal is detected, the Aeroscope display shows the AeroScope operator data about the DJI quadcopter including location, altitude, speed, direction, takeoff location, operator location, and an identifier such as a registration or serial number.

There have already been instances where Aeroscope has proved inadequate because the target UAV was either not a DJI model or was one that had been altered. Such alterations are not easy to do but are possible by someone familiar with drone control hardware and software.

A growing number of AUDs are built to deal with any small UAV. One of the more effective, and expensive of these AUDs is the Israeli Drone Dome system. These cost $3.4 million each and consist of a 360-degree radar system, an electro-optical day/night surveillance unit and a wideband (most frequencies drones use) detector. With all this Drone Dome can reliably detect any small quadcopter or fixed-wing UAV within 3,500 meters. Most quadcopters and UAVs encountered are larger and can be detected out to ten kilometers. Once spotted, Drone Dome can use a focused jamming signal that will disrupt any radio control signals and force the drone to crash or operate erratically. Drone Dome has an optional laser gun that can be aimed by Drone Dome to destroy the drone at ranges up to 2,000 meters. In a combat zone, you can also employ machine-guns to bring down the drone. Many buyers do not purchase the laser option and depend on Drone Dome being able to reliably detect all manner of small quadcopters from several manufacturers.

What makes Skylock and Drone Dome different is their heavy use of electronic sensors to detect and jam the control signals used by UAVs, leaving the laser as a last resort. Several such AUD systems are already in service and effective because they are good at detecting UAVs electronically, and either jamming those control signals or taking over the control signals and capturing (by making it land) the UAV. Troops in Iraq and Syria were asking for AUD systems that used lasers and better UAV detection systems as well those with jammers to disable UAVs. There is a need for AUDs that can detect and destroy UAVs that do not use control signals and basically go on pre-programmed missions. This can be to take photos or deliver a small explosive. Usually, it is to take photos and return. Drone Dome is one of several AUD systems equipped to detect and locate UAVs operating in pre-programmed mode and destroy or disable them quietly with a vehicle-mounted laser.

AUDs similar to Drone Dome also use one or more radar systems and one or more sensor systems for detecting UAV control signals or visual images that pattern recognition software can quickly identify. While commercial UAVs are more common, the basic design principles have not changed. AUDs are constantly evolving to better detect and disable or destroy unwanted UAVs. The best ones are recent models that tend to be very expensive and used only for extreme situations, like UAV defense in combat zones. Airports, especially the large ones are going to have to join the military in buying the latest AUDs, which at least lowers the AUD price and inspires even faster innovation and development. 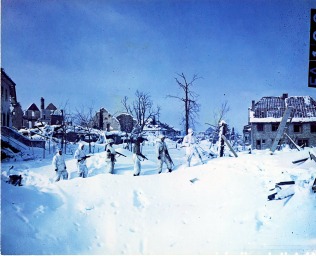