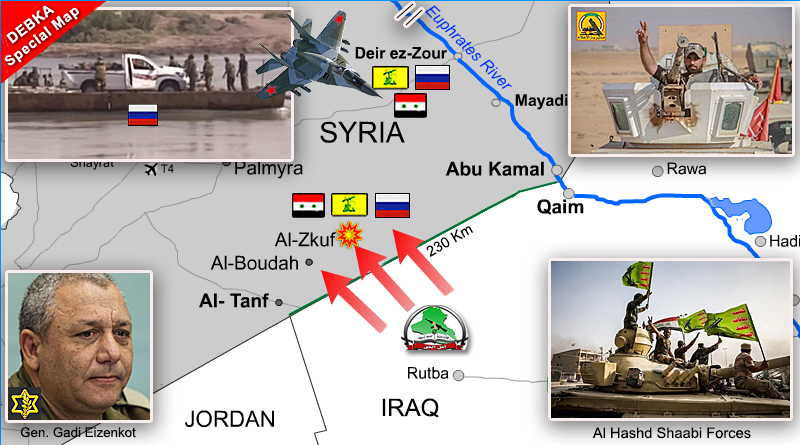 Israel’s strategic situation took several steps back in the first week of the New Year, chiefly: The US pulled back from E. Syria under Russian threat, allowing Iran to move in.

In just one week, the dire perils, which many military and political experts warned against for years, are suddenly looming on Israel’s northern border.

A threat of this degree of ruthlessness has not been encountered in the Middle East for decades, it may recall Moscow’s threat to Israel in 1956 to end its invasion of the Sinai without delay or else…

Where do these menacing steps leave Israel?

And what does the IDF chief of staff, Lt. Gen. Gady Eisenkott have to say about all this?  In an interview to Israeli media as recently as Wednesday, Sept. 19, when it was all happening, he said: “If Iran  does entrench itself in Syria, that will be bad news for the entire region, including the moderate Sunni camp, and even more for the countries of Europe.”

He went on to explain: “That is why we have given the Iranian threat and halting its expanding influence very high priority as an issue to be dealt with.”

The trouble is that, while the IDF focuses on this objective, commendable in itself, Russia and Iran are focusing and in full flight on a far wider-ranging goal, the precise and systematic deepening of Iran’s military presence in Syria. Iran and Hizballah have already established military commands at Arnaba just 6 km from Israel’s Golan border.